Break Up Story – Triangle Love Story: Heartbroken seems to be something familiar in my life. Dear readers, I would like to share a story of mine where everything started when I was in my school age. I had this sweet cute love for 5 years when everything ended up because he cheated on me. An express love story to start my life, huh?

I proceeded my life until I got into college. I found someone who’s kind and sincere to me. He did care bout me and helped almost everything when I just started my college life. He was 4 years older than me, and we had a great time. But my life didn’t get that comfortable when I suddenly fell in love with this guy.

Yes, it’s my fault, but I never felt such deep love with anyone like him. As for the result, I left the guy who’s older than me, and I went with him. Our life was like the happiest couple ever had.

We know each other well. We even had the same family background, which quite complicated. It’s like when I’m with him. It’s like I’m in the other world which there’s no one else but us, happily ever after feeling. I soon realized that life couldn’t be more comfortable when I had my karma.

A told me that he wanted to take his time because of his studies and wanted to enjoy his life because he didn’t want to regret it later (which I thought was bullshit). He just left me, and without any news of him, sooner, I found that he did go out with some girls.

My heart was crushed, and I was slightly insane for like a month. Come and go is want life is, a guy who I never met even though we were in the same program for 3 years, suddenly wishes to be friends with me. We became friends, and he started to confess his feelings towards me.

I felt quite guilty to give a straight no. So I did accept to be his GF, but for the time being, I told him that I didn’t have those because of the feeling towards him, I was too afraid to love someone again.

With no second guess, he accepted, and we proceed with our relationship for almost a year. After a chat and some memories, I started to had those feelings towards my bf. The problem is now.

My current bf did something, which made me disappointed. From what he did to me, as if like I’m someone with no dignity. Not just enough with those problems, suddenly he came back to me and asking me forgiveness. He told me that he was too dumb and too ego to realize everything he did was wrong.

Now I’m in a dilemma. I do love my bf, but I loved “A” so much. Yeah, for sure, my bf has a different family background, which I was comfortable with their ways for accepting me, and he does love me. But with A was different, it was just love. I could only give love as my reason for wanting him.

I always thought that if I do love my bf that much, I wouldn’t be this hard to choose between them. Does this mean that my love is not that much for my bf as my love for ex? Currently, I wouldn’t want either one of them. I’m afraid that I would regret someday, and I don’t want to break any of their hearts.

I told both of them that I want to be friends with them. Just like my other friends and me. To ease this story, he is my ex, which he left me, but I do love him with all my heart.

He is a kind of flirting type with other women.
My bf is a kind and innocent guy who just made me disappointed and make me feel like no dignity.

Now the point is that I know that I should choose my bf rather than ex, but my love for “A” is making me hard to decide. I don’t want to regret and love someone else while I’m married to another guy.

I couldn’t decide who I should give a second chance. One who left me, one who made me felt like I’m such a cheap girl. I’m totally in a dilemma. 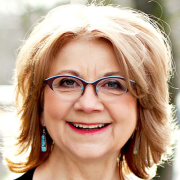